Football fans warned 'don't get carried away' during the World Cup 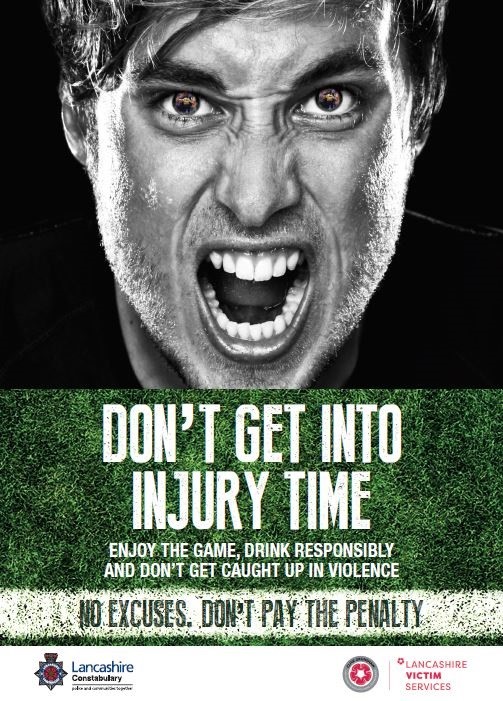 Football fans are being reminded not to get carried away in the heat of the moment as England prepare for their World Cup campaign. Lancashire Constabulary and Police and Crime Commissioner Clive Grunshaw have teamed up to urge fans to enjoy the games responsibly.

Supt Julian Platt, of Lancashire Constabulary, said: “We want people to enjoy the World Cup responsibly and the vast majority of people will do that but I want to reassure our communities that any crime linked with the World Cup, be that domestic abuse, alcohol induced violence or drink or drug driving will simply not be tolerated.

“Great progress has been made in combating racism and discrimination in football over recent years through a strong partnership between all those involved with the game. But we know that hate crimes are motivated not only by race but by hostility or prejudice against an identifiable group such as religion, sexual orientation, transgender, disability, age or gender.

“We are committed to tackling all incidents and crimes motivated by hostility and prejudice and we would urge anyone who has been a victim of a hate incident or crime to have the confidence to come forward and report it to police.

“We understand that people will want to drink alcohol while watching the games but we would urge people to drink responsibly and of course drinking or taking drugs when driving is unacceptable. Our efforts to catch those responsible will continue in a bid to make our roads safer.

“Just one drink or drug driver on the roads of Lancashire is always one too many. We will continue to carry out regular enforcement activity and take action against those who continue to break the law.”

Supt Platt added: “In the past there has been a small minority of supporters across the country who have engaged in football related disorder at home and abroad. Lancashire as part of a national response have visited those individuals and removed their passports where we have had the power to do so. We will continue to be part of this joined up approach throughout the tournament.”

A total of 69 banning orders are in place in Lancashire. Under the terms of these orders the majority must surrender their passports before the start of the tournament to prevent them travelling.

Lancashire Police and Crime Commissioner Clive Grunshaw said: “"Domestic abuse is unacceptable and stopping it requires society as a whole to take a stand against it. We know that over 90% of incidents are witnessed by children so the awareness raised through campaigns like this plays an important role in encouraging and supporting people to take that first step.

"I established Lancashire Victim Services to ensure all victims of crime can access the support they need, whenever they need it. Specialist support for anyone affected by domestic abuse is available now and it is completely confidential. The police are also there to offer support, with specially trained officers to offer protection and ensure victims do not suffer in silence.

"Supporting vulnerable people and victims is a key priority in my police and crime plan alongside my commitment to the White Ribbon Campaign, which last year named Lancashire as the first 'White Ribbon County'. This highlights the work being done across the county and anything that gets people talking and means people access support can only be a good thing."

Anyone who has been affected by crime can get free and confidential advice, support and information from Lancashire Victim Services. Call 0300 323 0085 or visit www.lancashirevictimservices.org Report crime on 101 or online, on the Lancashire Police website. Call 999 if you are in immediate danger.