And officers have warned there will be no hiding place for those people who have committed offences but are evading police.

Operation Moorhen is a week-long crackdown across East Division aimed at locating and arresting priority wanted individuals. It is being supported by the Police and Crime Commissioner Clive Grunshaw.

The aim of the operation is to reduce vulnerability and maximise quality positive outcomes. Additional resources will be dedicated to locating those who are outstanding for these specific criminal offences or those who are wanted on warrant, with the origin of their offending being domestic abuse.

Detective Inspector Martin Melvin, of East CID, said: “Robustly dealing with individuals who have committed these offences, supporting victims and preventing further offending remains a force priority and a key part of our everyday business. The operation gives a clear message that this type of offending will not be tolerated and emphasises our commitment to ensuring the safety of the community we serve.”

Domestic abuse is threatening behaviour, violence or abuse which takes place between adults who are family members or partners (including ex-partners). Domestic abuse can be one of the following, if you or someone you know is experiencing any of these types of abuse you need to get help:

Sexual abuse: Forcing or pressuring someone to have sex (rape), unwanted sexual activity, touching, groping someone or making them watch pornography.

People suffering domestic abuse should always remember that what is happening to you isn't your fault. Help is always available and you and your children will be supported. Lancashire Victim Services is supported by Lancashire Police and Lancashire's Police and Crime Commissioner – here you will be able to access local help from services that are available 24/7.

The Police and Crime Commissioner Clive Grunshaw said: “Domestic abuse in all its forms is unacceptable and we will not tolerate it here in Lancashire. We need to challenge abusive behaviours and this operation will send a clear message to offenders that abuse and violence in relationships aren't normal and will be tackled by our officers.

"I set up Lancashire Victim Services to ensure that anyone who finds themselves in an abusive relationship or has been affected in the past can access the support they need, when they need it. Expert help is available across the county and I would encourage anyone who needs advice or emotional support to contact the service.

"My office continues to challenge offenders and highlight support through county wide campaigns and our current World Cup Campaign is a perfect example of that."

For more information on our approach to domestic abuse click here https://www.lancashire.police.uk/help-advice/personal-safety/domestic-abuse/

Here are the targets:

Matthew Carrie, 29, last known address Barn Gill Close, Blackburn. He is described as white, five ft five ins, slim, build with short blond hair. He is wanted for a domestic assault, threats to kill and breach of a non-molestation order. 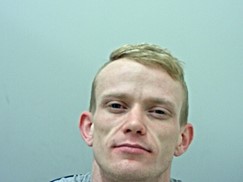 Wajid Khan, 34, last known address The Larches, Blackburn. He is described as asian, five ft seven ins, slim build. He is wanted for domestic violence and breach of a restraining order. 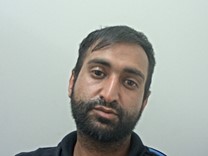 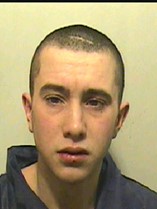 Yasmin Keal, 23, from Accrington. She is described as white, of medium build and has a heart tattoo on her wrist along with the name 'Harvey'. Wanted after a car was damaged in a domestic incident. 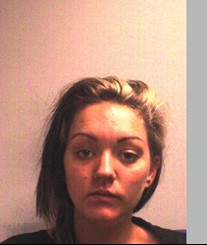 Michael Anthony Jackson, 35, from Blackburn is wanted for breach of a restraining order. He is white, 5ft9in tall of medium build. He has links to the Blackburn area. 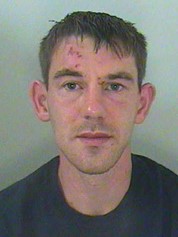 Dannie Blake Anderson, 44, last known address Olympia Street, Burnley. He is wanted in relation to domestic harassment. He is 6ft1in tall, of slim build. He has blue eyes and short brown hair. 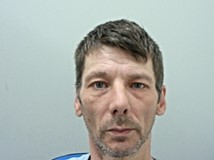