DETECTIVES have launched an investigation after a burglary at a hotel left a man with a serious head injury.

Police were called at shortly before 3.40am today (Thursday, January 11th) to a report that a 68 year old night porter at The Oaks Hotel, Colne Road, Burnley, had been assaulted and hit over the head.

The victim told police he had heard a noise in the entrance area of the hotel and had gone to investigate when he was attacked.

Enquiries showed an offender had gone into the hotel about half an hour before the assault and carried out a search and stolen cash.

He made off and is now being hunted by police. 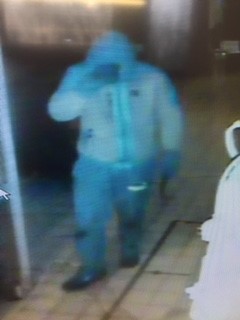 The victim was taken to hospital where he is being treated for a fractured skull.

Detective Constable Claire Hughes, of East CID, said: “This incident has left a man with a very serious head injury and I would appeal for anyone with information or anyone who recognises the man in the CCTV still to get in touch with us.”

Anyone with information should call police on 101 quoting log number 0113 of today (Thursday, January 11th) or independent charity Crimestoppers on 0800 555 111.