FOUR men have been sentenced following a Lancashire Police investigation into a gang which supplied drugs into Blackpool and the Fylde.

Operation Leviathan was an investigation into the supply and trafficking of heroin, crack cocaine and cannabis which was sourced from the Liverpool area and then supplied on to the streets of Blackpool and the Fylde.

The Operation targeted the principle offender James Black, 32, of Kildare Avenue, Thornton Cleveleys. Despite being unemployed and having no legitimate income Black lived a lavish lifestyle, including going on holidays to Turkey and Tenerife and spending thousands on dental treatment.

Throughout the operation Black used several mobile phones, a personal one and a drug dealing phone, and changed or ‘burned’ these on a regular basis to avoid detection. He also regularly switched his vehicles and used a lease firm to hire cars.

Black sourced his drugs from the Liverpool area from a man called Paul Riley, 35. Black’s phones show him in regular contact with Riley. Black distributed the drugs himself to local street dealers and users.

He also supplied cannabis to Jamie Perkes who subsequently stored it at the home address of Mark Stewart.

The operation began in March 2016 and culminated on the 12th September 2016 when Black was stopped on the motorway returning from Liverpool in possession of three kilos of cannabis and two mobile phones. A search at his home address on Kildare Avenue in Thornton recovered Class A Drugs, heroin and crack cocaine, worth more than £18,000, along with drugs paraphernalia and numerous mobile phones.

The operation evidenced numerous observations of Black visiting known drug users and drug dealers’ addresses in and around the Blackpool area.

Two warrants at the home addresses of Jamie Perkes, 39, formerly of Whinfield Avenue, Fleetwood and Mark Stewart, 35, of Duddon Avenue, Fleetwood saw the recovery of £3,000 cash, weighing scales, a tick list and 9oz of cannabis valued between £1600-£2000.

On the 19th February 2017 Paul Riley’s home address of Parbrook Close, Liverpool was searched and just under an ounce of high quality cocaine was seized worth approx. £1,000.

All four were sentenced on January 26th at Preston Crown Court after pleading guilty earlier.

Detective Chief Inspector Becky Smith, of West CID, said: I am really pleased with the sentences which follow a long and complex investigation into this criminal gang and its activities – causing misery to those addicted to drugs and their loved ones.

“This police work remains a real priority for both us and our partners who are working closely together to tackle organised criminality and taking these gangs off our streets.

“I ask the public for their continued support in reporting information so that we can continue to keep our neighbourhoods safe and free from the activities of these gangs.

“Lastly, my message to those engaged in this sort of criminal behaviour is that we will not tolerate it in Lancashire and if you are involved in that type of activity, we will find you and put you before the courts.” 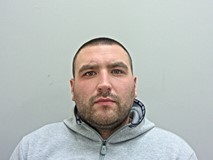 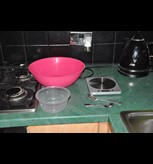