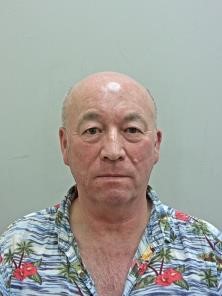 A Preston man has been jailed for life for the murder of his mother.

Bernadette Green, 88, died at her home in Inkerman Street on Friday May 18th. Her death was not initially thought to be suspicious. However a Home Office post mortem carried out on 6th June gave a cause of death of smothering and detectives launched a murder investigation.

He pleaded not guilty to the charge at an earlier hearing.

Bernadette and John had lived together at the address since 2009 and John had become her sole carer following a fall in July of the same year.

Police enquiries established that despite her deteriorating health, she had not seen a doctor since October 2013 and John had turned down all opportunities for medical assistance.

Examination of text messages sent in the months leading up to Bernadette’s death also revealed John had referred to his mother as a ‘stinking corpse’.

Following a one week trial at Preston Crown Court, a jury today (11 December) delivered a unanimous guilty verdict. John Stephen Green was sentenced to life in prison, with a minimum term of 14 years.

“This is an abhorrent case where a man who should have been caring for his elderly, vulnerable mother instead neglected her and ultimately took her life so he could be free of his perceived burden of caring for her.

“Green denied his involvement throughout despite significant evidence to the contrary and I would like to thank the jury for carefully considering all the evidence and arriving at this decision.

“We welcome his conviction and hope it brings some justice to Mrs Green’s family and friends.”