A MAN has been jailed for life after he was convicted of wounding a pensioner in Burnley.

Joseph Ormonde, 31, previously of Mitchell Street, Burnley was convicted of section 18 wounding with intent following a trial at Preston Crown Court. He was cleared of attempted murder.

At Preston Crown Court today (Monday, August 20th) he was sentenced to life with a minimum term of eight and a half years before he can apply for parole. He will also be on licence for life.

At around 6pm to 6.15pm on Friday, December 1st last year, 73-year-old Donald Burton answered the door to his home on Rossetti Avenue and was assaulted with a hammer, suffering a serious head injury.

The motive for the assault remains unknown. 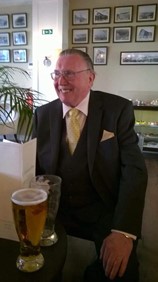 Detectives launched a major investigation and Ormonde was arrested and charged.

Detective Chief Inspector Geoff Hurst from the Force Major Investigation Team (FMIT) said: “This was a horrific assault carried out on an elderly man simply answering the door of his own home, an assault from which the victim has never fully recovered and the sentence delivered today reflects the gravity of this horrendous offence.

“This conviction was only secured as a result of the dedication, professionalism and hard work of officers and staff who were determined to try and secure justice for Mr Burton’s family. In particular I would like to thank the family liaison officers, who provided great support to Mr Burton’s relatives and DC Dave Greenwood, Assistant Investigator Greg Braysford and Investigation Support Supervisor Keith Rimmer for their outstanding work.

“Our thoughts remain with the victim and his friends and family.”

In a victim personal statement the family said: “On December 1st 2017 Joseph Ormonde’s action caused my family to explode. From that day we’ve experienced deepest emotions of anger and sadness to ones of just feeling numb. We still can’t believe to this day what has happened to our dad. Due to dad’s brutal attack and the nature of his injuries we are not allowed to grieve but are on high emotional alert every day. This is unfair and torture for the whole family. Dad’s injuries are so severe that he has effectively lost the life he had. We as a family can only take each day as it comes.”