Jail for worker who defrauded employer out of almost £800,000

She pleaded guilty to theft by an employee at an earlier hearing.

Her co-defendant and former colleague, Beryl Shore, 61, of Kirkdale Close, Darwen, was also sentenced. She had previously pleaded guilty to theft and was given a lesser punishment of 16 months in prison, suspended for 12 months.

An investigation revealed that Jones, the mastermind behind the conspiracy, had been siphoning off money from MGS Plastics over a number of years.

Jones and Shore both worked in financial admin roles for the firm.

Following an internal audit of irregular transactions, Jones was suspended from the company in October 2016.

MGS Plastics reviewed their bank statements for the relevant period and established that between December 2014 and October 2016, £184,671 had been transferred from the company’s bank account into Kathryn Jones’ personal account.

It was found that Jones would set up fake supplier names and transfer money from MGS Plastics’ account, with the money ending up in her own personal bank account. She also later admitted to topping her weekly wages up.

For the same period, over 50 fraudulent payments had also been made in the guise of 32 fake supplier names – totaling over £134,000.

Jones, who had an annual salary of £15,572 at the time, claimed that she had started taking money due to a recent diagnosis of cancer and amid fears she was going to lose her house.

She later admitted to spending some of the money on designer handbags and watches and luxurious holidays to Cuba, Mexico and Tenerife.

The full extent of the scheme was later revealed, with a total of four bank accounts being used by Jones to accept the dishonest payments.

The same review uncovered that some large transfers had been received by Shore.

Shore contacted her friend Jones asking to borrow money. Shore soon became aware that the money was being transferred from MGS’ account.

Despite her knowledge of the deceit, Shore continued to accept the payments and the two of them even referred to it as a ‘bonus’ with Jones regularly transferring large amounts to her from MGS Plastics’ account.

Shore said she put the money towards paying off debt and treating her friends and family.

Following the investigation, Jones admitted to stealing £784,654 and Shore agreed she had profited from £184,654 of it.

Detective Sergeant Richard Buckley, said: “Jones and Shore have acted in pure greed, defrauding a family-owned business from hundreds of thousands of pounds over a number of years.

“Jones especially had been doing this for a long time, and despite her less than sophisticated approach, clearly thought she was going to get away with it. Jones, who was entrusted to look after the company’s finances, took full advantage of her position and betrayed her long-term employers for her own personal gain. I hope that MGS Plastics can now move forward from this.” 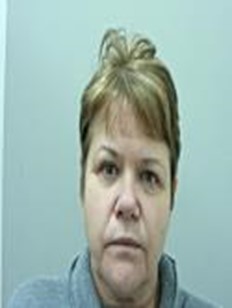 Kathryn Jones was sentenced to 28 months in prison 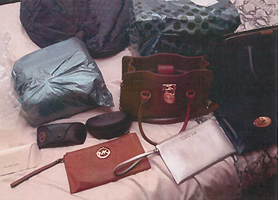 Jones spent some of the money on designer handbags