UPDATE: Three injured in Blackpool collision have been released from hospital 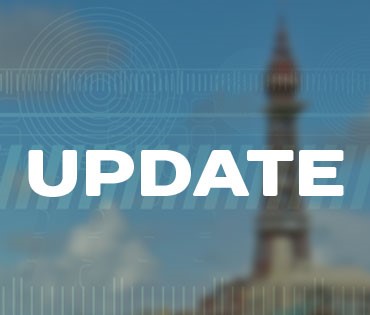 Three people who were injured when a driver collided with pedestrians in Blackpool have now been released from hospital.

All three were treated at Blackpool Victoria Hospital but have now been discharged.

Officers were called to the Talbot Square area of Blackpool at 11.50pm on Saturday April 14th following reports a grey Skoda estate had driven at speed colliding with a number of pedestrians.

The vehicle was not displaying registration plates.

Armed officers were deployed and the car was recovered a short time later outside the Norbreck Castle Hotel.

A 19-year-old man from West Yorkshire was arrested on suspicion of driving while unfit through drink and/or drugs, causing grievous bodily harm and dangerous driving.

He remains in custody.

Det Supt Ian Whitehead, of Lancashire Constabulary, said: “Following an incident in the Home and HQ Club in Talbot Square, a man drove a Skoda estate at high speed, colliding with road works and injuring a number of pedestrians.

“Three people were treated in hospital for their injuries but we believe others may also have suffered minor injuries.

“We would ask anyone who was injured, no matter how minor, to come forward and tell us what happened.

“We would also ask anyone who witnessed the incident, or captured any footage on their mobile phone or dashcam to get in touch, as we continue our investigation.”

“This was a frightening incident at a time when Blackpool town centre was busy with people enjoying a night out.

“Fortunately through the fast actions of our officers and the town centre security staff, we were able to quickly locate the vehicle and arrest the driver, while keeping members of the  public safe.

“Our thoughts remain with the women who were injured as they continue their recovery.”