A MAN has today (Thursday, April 19th) been jailed for almost 20 years for the brutal rape and indecent assault of a teenage girl.

Michael Mackenzie, 69, formerly of Keswick Road, Blackpool admitted one offence of rape and two of indecent assault when he appeared at Preston Crown Court last month.

All the offences were committed in May 2005 in Blackpool against a girl who was 14 at the time.

At Preston Crown Court today Mackenzie was sentenced to a total of 19 years imprisonment – 14 years for the rape plus an additional five years as he was classed as a dangerous offender. He was also given eight years for the two indecent assaults, to run concurrent.

He was also given a lifetime requirement to register as a sex offender. 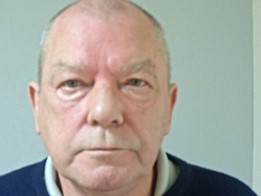 Mackenzie was arrested in June last year by the team of detectives investigating the disappearance of Charlene Downes in Blackpool in 2003 and her subsequent murder, although there is no suggestion that these cases are directly connected.

Charlene was just 14 years old when she was last seen in Blackpool on Saturday November 1st 2003. Despite a £100,000 reward on offer for information leading to the conviction of her killer(s) or the recovery of her body, nobody has ever been brought to justice.

Detective Sgt Lisa Ingham said: ““I welcome the sentence imposed today which reflects the gravity of these horrific offences and shows that the justice system takes crimes like this extremely seriously no matter the passage of time since they were committed.

“I would like to commend the victim in this case for putting her faith in the judicial system and for the courage to come forward and be prepared to give evidence against her abuser.

“We will continue to focus on the wider issue of child sexual exploitation in Blackpool and I would encourage anyone who experienced abuse to come forward and speak to us.  We will listen to victims and support them as well as bring offenders to justice.”

More information on Charlene and her disappearance can be found on our website here: www.lancashire.police.uk/campaigns/charlene-downes/