Appeal after knifepoint robbery in Blackburn 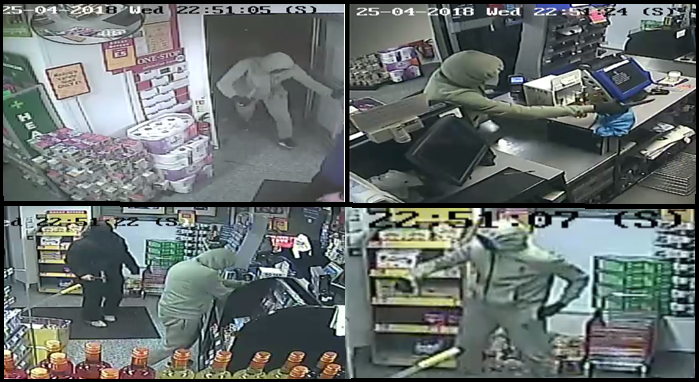 DETECTIVES are trying to trace three men after an armed robbery in Blackburn.

At 10.50pm on Wednesday April 25th, two men went into One Stop Shop in Pritchard Street, Blackburn, armed with a hammer and a knife. Another waited outside the door.

Inside the shop, the men demanded money from the till but a member of staff pressed the panic button and the pair fled empty handed.

Det Sgt Mark Holland, of Lancashire Constabulary’s East Division CID, said: “The men had their hoods up and their faces covered but we would like to speak to anyone who recognises them from their clothing in the CCTV footage.

“We’d also like to speak to anyone who saw anyone acting suspiciously in the area around the time of the robbery.

“We know two men went into the shop and another waited outside but it is possible there were more people involved.”

One man was wearing a khaki tracksuit and a balaclava, the other was dressed in a black puffa jacket and trousers.

The man outside was wearing a long black jacket and dark coloured clothing.