A man has died after an accident in Burnley

A MAN has died after an accident in Burnley.

The incident happened at around 2am on Sunday 15th April 2018 when a man who was travelling in a Toyota Avensis taxi got out from the vehicle whilst it was moving on Church Street and sustained serious injury after landing in the middle of the road.

He sadly later died from his injuries in the Royal Preston Hospital and can now be named as Paul Burrows, 40, from Brierfield. 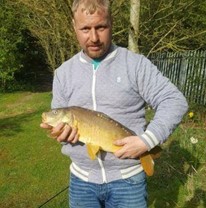 Police are appealing for witnesses to the incident or who assisted Paul and other occupants prior to the emergency services attending.

Paul’s family have paid tribute to him saying “Paul was a much loved and caring husband, father, son and brother who will be missed more than words can say and who will be in our hearts forever.”

Sgt Marc Glass of the Road Policing Unit, said: “This was a tragic incident and my thoughts and those of my investigation team are with the family at this sad and difficult time and I am appealing for anyone who has information or who helped Paul on the night to contact the Police on 101.