TWO people have been jailed for drugs offences after an investigation by Lancashire Constabulary.

On April 27th Rhiannon Ferguson was observed meeting Christopher Harrison on a street in Walton, Liverpool where he supplied her with 3kgs of Cocaine.

She was then stopped at the Charnock Richard motorway services on the M6 and arrested in possession of the drugs, which had a street value of almost £343,000.

Ferguson, 25, of Chelston Drive, Helmshore, was charged with possession of a Class A Drug with Intent to Supply.

She pleaded guilty at Preston Crown Court and was jailed for seven years on Tuesday (September 12th).

Harrison, 41, of Moss Lane, Liverpool, was charged with Supplying a Class A Drug. He admitted the charge and was also jailed for seven years. 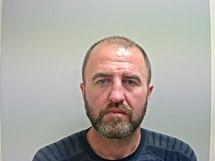 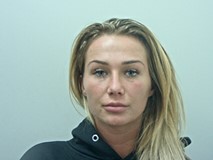 Detective Inspector Vinny de Curtis, of Burnley CID, said: “When Ferguson was stopped she was in possession of a large quantity of cocaine supplied to her by Harrison and which would undoubtedly have brought misery to the streets of Lancashire and which have now been taken out of circulation.

“I hope this sentence will send a message that the supply and distribution of drugs will not be tolerated in Lancashire, and we will continue to target, and deal with proportionately and robustly, those who put our communities at risk in this way.”