A man has today (Tuesday, October 31st) been jailed for life for the murder of his partner. 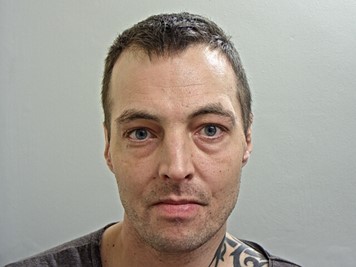 He was jailed for life with a minimum term of 17 and a half years before he will be eligible to apply for parole.

Police were called at around 10.25pm on Tuesday, May 23rd after the body of 30 year old Gemma Leeming (pictured below right) was found deceased in a bed at her room at an address on Hollinshead Street.

A post mortem examination showed she had been strangled with a ligature. A ten pence piece had been placed on her right eye and the words ‘no brain’ written on her face in mascara and ‘you can’t have my brains’ on her chest. Police established that the writing on Gemma’s chest was written in her own blood.

O’Sullivan tried to cover the ligature marks on Gemma’s neck with make-up and bought new clothes the day after the murder to try and negate forensics linking him to the killing.

Police also recovered a bag of clothing that he had tried to get rid of, including some of Gemma’s clothes stained with her blood.

Detective Inspector Paddy O’Neill from the Lancashire Police Force Major Investigation Team said: “Craig O’Sullivan is a vicious, manipulative and parasitic man, whose greed drove him to take Gemma’s life in the most sickening manner; all so that he could satisfy his addiction to Class A drugs. 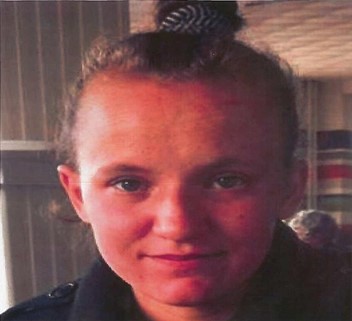 “Witnesses told us that in the few weeks Gemma and O’Sullivan were together Gemma had been really happy. Other witnesses told us that at the same time O’Sullivan had openly told them that he was only with Gemma because she had a ready supply of controlled drugs. In the hours prior to Gemma’s discovery, O’Sullivan spoke to a local officer and showed her a picture of someone other than Gemma, claiming that this lady was the love of his life.

“On the night of the murder we understand Gemma had been paid a sum of money in O’Sullivan’s presence, and had also received a quantity of drugs that she was to sell on. Later that night we believe O’Sullivan strangled Gemma and stole the drugs and the money. He then went to considerable efforts to hide what he had done and to avoid detection. We believe he desecrated Gemma’s body in an attempt to persuade those who may judge him in the future that he was suffering from some sort of psychotic break-down.

“Gemma’s life story is indeed a sad one and it is clear she made some bad choices. However, she had two children and a wider family who loved her and who hoped one day for a reconciliation with her. O’Sullivan’s actions have robbed them of that opportunity.”