Your chance to surrender unwanted firearms

People in Lancashire are being urged to hand in guns and ammunition as part of a nation-wide firearms surrender starting on 13 November 2017.

The surrender will run for two weeks, during which weapons can be surrendered at six Lancashire Police stations – Blackburn, Burnley, Blackpool, Lancaster, Skelmersdale and Preston.

During the last gun surrender in April 2016, 139 firearms were handed in; amongst them shotguns and rifles as well as high powered air weapons and ammunition. Officers are hoping for a similar success this year.

They say some people may hold firearms in innocence or ignorance of their illegality; or they may have older items in their homes which have been overlooked or forgotten. These can still be lethal if they get into the wrong hands so officers are encouraging people to take this opportunity to dispose of any firearms or ammunition they may have, however old.

Surrendering unwanted, unlicensed weapons avoids the risk of them becoming involved in criminality and means that members of the community can dispose of firearms in a safe place.

Anyone handing over firearms will not face prosecution for the illegal possession upon surrender and can remain anonymous.

Superintendent Julian Platt from Lancashire Constabulary said: “Our aim is to keep Lancashire safe which we will do by working with partners and our local communities to prevent and detect crime.

“This nationwide surrender is a very good example of how members of the public can directly help us prevent harm to our local communities by removing the risk of weapons getting into the wrong hands.

“We want as many weapons as possible and would encourage people to use this opportunity to hand them in. We’d also encourage anyone who knows about weapons being kept illegally to tell us anonymously where there are and potentially help save a life.”

Supt Platt concluded: “One weapon off the streets is one less that can be used to harm or threaten our communities. We will use all of the powers and information available to us to locate this criminality and put a stop to it for good.”

Clive Grunshaw, Lancashire's Police and Crime Commissioner said: “I fully support Lancashire Constabulary in their campaign to remove dangerous firearms from our streets

"There are a number of reasons that people may find themselves with a firearm they should not have, whether through inheritance or legally owned guns they have no more use for, and this is an opportunity to dispose of them safely.

"I am committed to tackling violent crime and ensuring residents feel safe and secure in their communities. Handing in these potentially fatal weapons is an important step and I would urge residents to make the right decision and hand over any illegal firearms they are in possession of."

Weapons and ammunition should be surrendered at the designated local police stations but people are advised to check opening times first by visiting Lancashire.police/uk. Anyone who is physically unable to get to a station can call 101 for advice.

If you know of people involved in illegal firearms call Crimestoppers on 0800 555 111, report it online at Lancashire.police.uk/report it or call 101. 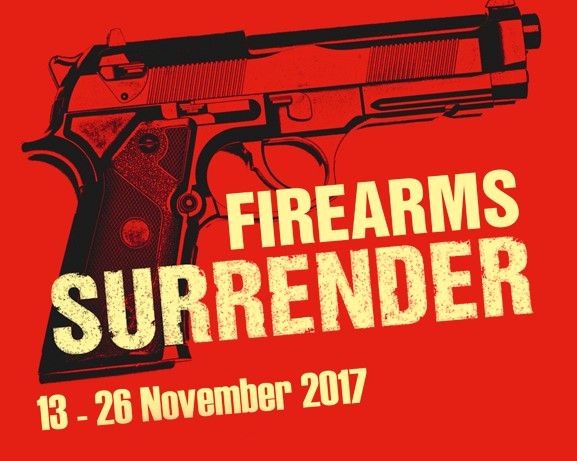 More details on how and where to surrender any unwanted firearms or ammunition.