Detectives would like to speak to him after a 48-year-old taxi driver was attacked in Chorley.

Around 3am on Sunday (November 5) the attacker got into a disagreement with the taxi driver over the cost of his fare as he was trying to leave Chorley.

The taxi driver was racially abused on the High Street before he was punched to the ground. The attacker then returned and kicked him several times to his head and body before running off towards the market.

Det Sgt Jerry Sturgess, of the Chorley Investigations team, said: “This was a unprovoked and vicious attack on the taxi driver who was working at the time.

“The offender had argued with the driver before carrying out the cowardly assault.

“I urge anyone with any information at all to come forward as we strongly believe  someone will have seen the male drinking in the Chorley area beforehand.” 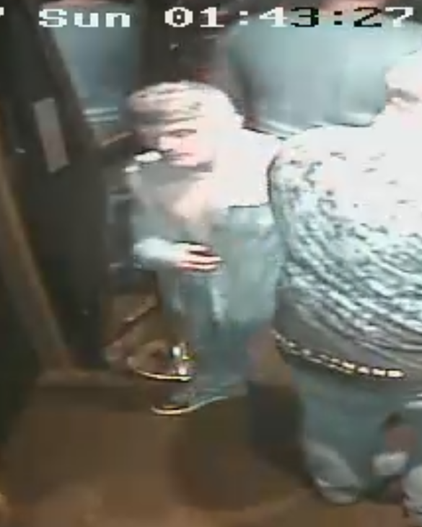 Anyone with information can contact Lancashire Police on 101 quoting 0200.

Alternatively the independent charity Crimestoppers can be contacted anonymously on 0800 555 111 or online at crimestoppers-uk.org.