Over 100 guns taken off Lancashire’s streets

In total, 115 firearms and several hundred rounds of ammunition were handed into Lancashire Constabulary during a two-week surrender, where police forces across the country urged people to ‘give up the gun’. 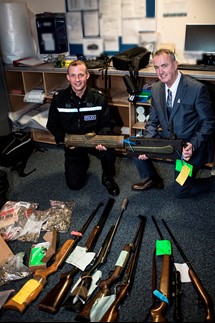 The surrender, which ran from Monday 13 November until Sunday 26 November, saw 20 shotguns; four rifles and a number of revolvers and pistols handed in, along with 21 air weapons/ball bearing guns.

A world war two machine gun and 41 pin fire rounds were also amongst the haul handed in by members of the public.

Supt Julian Platt from Lancashire Constabulary said: “The campaign has shown significant success with members of the public keen to use this opportunity to hand in weapons and work with us to help keep our county safe.

“Not all of the firearms would have had the potential to be used in serious crime, but some would and the pin fire rounds in particular, are highly volatile and would be very dangerous in the wrong hands.”

Clive Grunshaw, Lancashire's Police and Crime Commissioner said: "I'm delighted that this campaign to remove dangerous firearms from our streets has been a success.

"There are a number of reasons that people may find themselves with a firearm they should not have, potentially through inheritance or legally owned guns they have no more use for - every single weapon which has been handed in is one which will now not fall into the wrong hands.

"I am committed to tackling violent crime and this is an important step in protecting Lancashire's residents and ensuring that they feel safe and secure in their communities."

Each firearm handed in will now be assessed by firearms officers, and the majority of them destroyed; the exception being anything of forensic interest or potential museum pieces.

Supt Platt concluded: “I would like to thank the media and public for their support during the two week surrender - our communities really are key to helping us to reduce crime.

“Although the surrender has ended, we’d still welcome information about illegal firearms activity in the county. To that end, I would urge anyone with any information to call us on 101 or to contact Crimestoppers anonymously on 0800 555 111. Every call to Crimestoppers is anonymous and potentially vital to preventing or solving serious crimes; removing an illegally held firearm may just save someone’s life.”

Items of interest include:

In total, several hundred live firearms rounds as well as a significant number of shotgun cartridges. 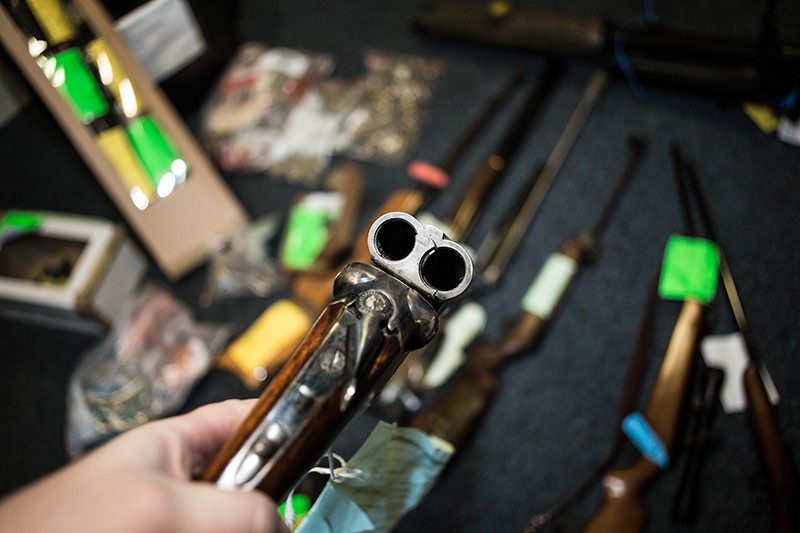