It takes many forms but the most common are sexual exploitation, forced labour and domestic servitude. Victims are forced to work in various settings such as brothels, cannabis farms, nail bars, car washes, agriculture, and even within people’s homes.

Slavery isn't confined to history or other countries. It is a myth that slavery and forced labour was stopped in the 19th century with the introduction of The Slavery Abolition Act 1833. It's a global problem and is happening right now, here in Lancashire.

Human trafficking can also be a part of Modern Slavery as a person is moved from one place to another. This could be country to country, town to town, or even as simple as one room in a building to another. Even if a victim agrees to be moved, trafficking could still be taking place.

Unfortunately, few people understand modern slavery and many confuse it with ‘migrant working’ or ‘illegal immigration’.

It's a problem that affects all ages, genders, and ethnicities, and affects people from Britain and abroad.

Victims are generally living in fear. They don't fully understand what's happening to them and comply with their abusers in hiding the reality. They daren't speak up because their traffickers threaten them and their families with violence.

This area of policing is complex and spotting Modern Slavery can be hard.

In many cases organised crime groups are responsible for trafficking people into the UK. However, sometimes victims will travel into the UK by their own means (sometimes they're asked to by their their families), expecting to start legal employment, unaware of the situation that awaits them.

We are committed to preventing people from being trafficked by bringing those responsible to justice. To do this, we need your help.

We want to raise awareness of this issue so that people will recognise the signs and report Modern Slavery.

We ask you to look closer. Could the signs be right in front of you? Is it happening where you live?

There are a number of signs that could indicate that someone is a victim of Modern Slavery. They may:

If you feel you are in a situation where you are being exploited, or you suspect someone is a victim of Modern Slavery, there is help available:

There are three broad categories of exploitation linked to Modern Slavery seen in the UK and here in Lancashire:

Sexual exploitation can happen to women, men and children of both sexes, and it involves any non-consensual or abusive sexual acts. This includes, but isn't limited to, prostitution, escort work and pornography.

It’s important to bear in mind that victims may have been deceived or coerced into giving consent without realising what they have actually consented to. Many will have been deceived with promises of a better life, romantic relationships, or legitimate jobs and are then controlled through violence and abuse.

Sexual exploitation remains the largest form of exploitation across the UK and is the type we most commonly see in Lancashire. Victims tend to come from Eastern European countries but they also come from the UK.

Forced labour is when someone is made to work very long hours, often in poor conditions, and hand over the majority or all of their wages. Traffickers often use threats and violence to control their victims.

Manufacturing, entertainment, travel, farming and construction industries throughout the world use forced labour, some of which is trafficked. There's been a marked increase in reported numbers in recent years. Often, large numbers of people are housed in single dwellings. There's also evidence of ‘hot bunking’ – where a returning shift takes up the sleeping accommodation of those starting the next shift.

Across the UK labour exploitation is seen within car wash, factory and agricultural based industries. In Lancashire we're using intelligence led policing techniques to identify 'hotspot' areas where traffickers are most likely to operate.

The International Labour Organisation (ILO) has identified six elements which individually or collectively can indicate forced labour. These are:

Domestic servitude involves forcing someone to work in private households. They won't be free to go out to places as they'll be confined to the house much of the time. They'll be forced to care for children and house-keep over long hours and for little, if any pay.

Victims will lead very isolated lives and have little or no unsupervised freedom. Their own privacy and comfort will be minimal, often sleeping on a mattress on the floor in an open part of the house. When victims do receive a wage it will be heavily reduced, supposedly to pay for food and accommodation.

How your business can help fight Modern Slavery in Lancashire

Modern Slavery in the workplace is where victims are exploited and are forced to endure extreme hardship. They are also subjected to terrible conditions as the traffickers’ literally cash in on their slaves. One of the challenges of spotting Modern Slavery and forced labour is that it is often hidden in plain sight. However, by working in partnership, we can look towards making Lancashire a slave free county.

If you own a business, as part of the Pan Lancashire Anti-Slavery Partnership, we have jointly prepared a free template business pack to help you ensure the transparency of your supply chains and to reduce the risk of Modern Slaves being used in these processes: 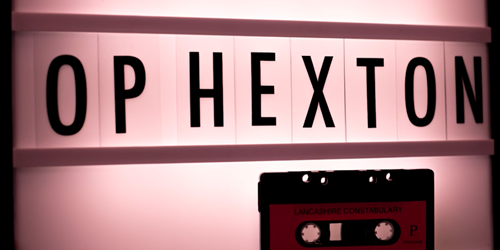 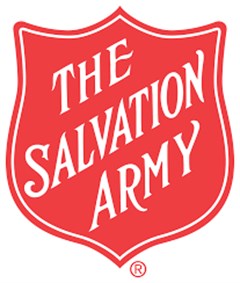