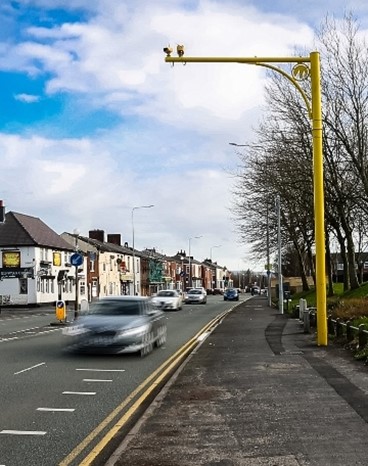 The Lancashire Road Safety Partnership have average speed enforcement camera systems in place, to help in reducing the death toll and making the roads safer for all to use.

The Partnership have funded the scheme and Lancashire Constabulary are responsible for enforcing the cameras.

The routes are (cameras will cover traffic flow in both directions): 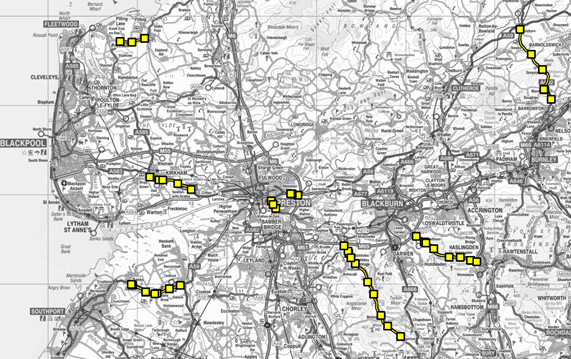 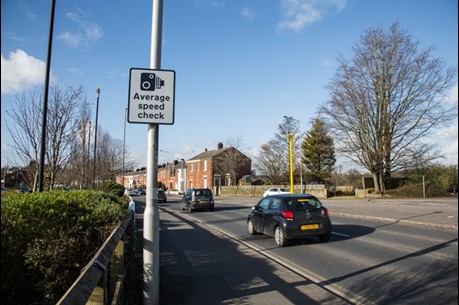 and Rescue Service, Highways England and the Office of the Police and Crime Commissioner, has decided to adopt the system using average speed cameras as safety and motorist compliance has consistently improved on a variety of road types using the system in other parts of the UK.

The cameras use number plate recognition technology to detect vehicles and calculate their average speed by measuring the time taken to travel between fixed points of a known distance apart. Average Speed Check signage are used to inform drivers that they are entering an average speed control zone.

This is intended to positively influence driver behaviour and ensure that motorists comply with the set limits on roads, resulting in a safer environment for all road users.

The routes were chosen by the Lancashire Road Safety Partnership based on the following criteria:

There are sanctions for anyone detected breaching the speed limits, where eligible they will be given the opportunity to attend a speed awareness course to learn about the dangers of speeding, accept a conditional offer of a fixed penalty or for higher speeds the matter may be referred to court.

Geoff Collins from Jenoptik Traffic Solutions explaining why average speed cameras are used and how they work.