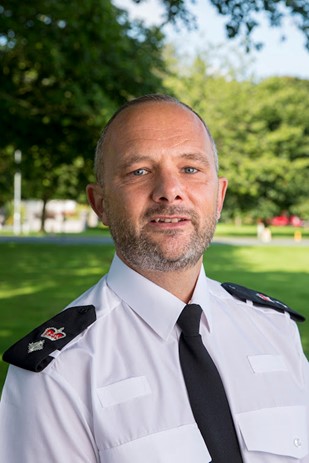 "I have been a Police Officer with Lancashire Constabulary for 25 years, and started my policing career in 1996 in East; so I’m very proud to return to the division as Divisional Commander.

I have worked across a range of roles in both uniform and detective departments from starting as a uniform PC in Accrington before moving into CID and then as a Detective Sergeant and Detective Inspector in both Investigations and Intelligence at Blackburn. In 2013, I was promoted to Detective Chief Inspector in Blackpool, West Division where I was later became the Superintendent Operations Manager, before moving to the Superintendent role in South division at Preston. In 2018, I became Head of the Professional Standards Department based at Hutton HQ, and then Head of Investigations and Safeguarding for the Force, before returning to East division now as Divisional Commander.

Working with a well-established Senior Leadership Team here at East division, our priorities will include working closely with our partners and engaging with our communities to identify and address those matters that mean the most to them. We will strive to be on the front foot when tackling crime, focussing on prevention, but also dealing robustly with those who continue to commit crime and anti-social behaviour in our communities. Finally, but by no means least, we will focus with our partners on early identification of vulnerability, to effectively safeguard those who need our help, and to target those who exploit vulnerable people."