The Lancashire Constabulary Scientific Support Unit Drugs Laboratory carries out analysis and related examinations to provide forensic drugs evidence to the courts in cases of possession, supply and production of illegal drugs.

The Misuse of Drugs Act 1971 controls the possession, supply and importation of over 180 different named substances, which are classed into three categories (Class A, B and C) depending on their perceived danger to society. 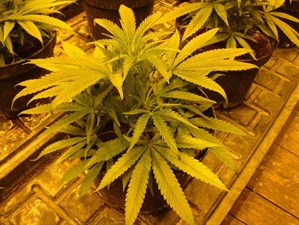 Up until fairly recently, the UK illicit drugs market has been relatively unchanged, with the main drugs of abuse comprising heroin, cocaine, cannabis, cannabis resin, amphetamine and ‘ecstasy’.

Recent years, however, has seen the increasing popularity with the so-called ‘legal highs’, including ‘bubble’ type drugs and synthetic cannabinoids. Many of these new drugs were initially not controlled by the Misuse of Drugs Act and were widely available through ‘head shops’, but growing concerns regarding their safety has seen the legislation change rapidly such that most are now illegal – some are under a temporary control order whilst the Government reviews their safety.

The Drugs Unit carries out many different types of comparison work involving the drugs and/or associated packaging in order to link items seized from different locations or individuals and support charges of drug supply or intent to supply.

The Drugs Unit also provides valuable evidence in the investigation of illicit drug production, mainly illegal cannabis farms and illicit laboratories producing drugs such as amphetamine and ‘crystal meth’. Such facilities are typically extremely hazardous and the Drugs Unit provides a high level of technical expertise to the investigation, and attendance often involves the use of specialised protective equipment.