Dealing with a complaint

Once your complaint is assessed and recorded it will be dealt with in one of two ways;

A number of complaints can be handled through a process called Local Resolution. Local resolution is a way of informally resolving complaints which would not result in disciplinary action against the officers concerned. This is where an investigating officer will make contact with you and try to address the concerns you have raised. They will seek your views and opinions and come up with an action plan to resolve your complaint. This may include explaining police procedures to you, apologising on behalf of the Force and seeking an explanation from the officer or police staff member about the actions they have taken. At the end of the process you will be advised that the matter has been finalised.

You have a right of appeal against the outcome of a local resolution. All efforts should be made to engage with the person who is making the complaint, but the local resolution can be enforced if it is suitable to do so.

Appeal against the outcome of local resolution

You can appeal if you think that the outcome of the local resolution of your complaint was not a proper one. This means that, for example, you believe the outcome was not appropriate to the complaint, or the outcome did not reflect the evidence available.

Make an appeal using the below forms -

The type of investigation and who conducts it will be proportionate and will depend on the nature and seriousness of your complaint and any potential outcome.

You can expect to be kept updated as to the progression of the investigation and such matters are either conducted by, or have oversight from, a member of the Professional Standards Department.
You will be notified in writing of the outcome and of any action that is proposed.

As with the Local Resolution process if at the end of the investigation you are unhappy you have a right of appeal. 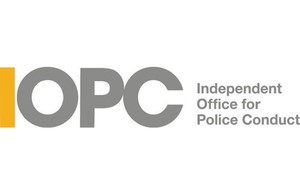